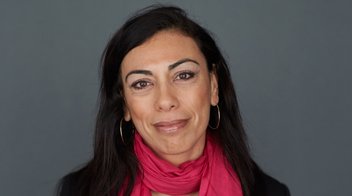 Carmen Aguirre is a Vancouver-­based, award­-winning theatre artist and author who has written and co­-written twenty-five plays, including The Trigger, The Refugee Hotel, and Blue Box. Her first book, the critically acclaimed Something Fierce: Memoirs of a Revolutionary Daughter, won CBC Canada Reads in 2012 and is a #1 national bestseller. Her second book, Mexican Hooker #1 and My Other Roles Since the Revolution, was published in April 2016 to outstanding reviews and landed on The Globe and Mail’s bestseller list a week after publication.

She is currently working on a new one­ woman show entitled Broken Tailbone and a novel called Three Virgins. Carmen has eighty film, tv, and stage acting credits. She is a graduate of Studio 58.