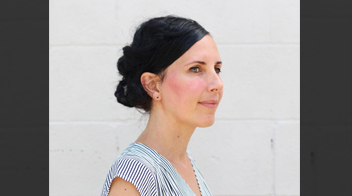 Julie Flett is a Cree-Métis author, illustrator and artist currently living in Vancouver, BC, Coast Salish Territories. She holds a BFA from Concordia University. Throughout her career Julie has enjoyed collaborating with children of all ages, including her son Amiel.

Her book Wild Berries / Pakwa Che Menisu was a First Nation Communities READ title selection for 2014–2015, and in 2014, she became the first recipient of the Periodical Marketers of Canada Aboriginal Literature Award. She has also had the opportunity to illustrate books written by Richard Van Camp, Roy Miki, Tomson Highway, Monique Gray Smith, and David Robertson, amongst others.

Atayokee! On bookmaking, language and storytelling